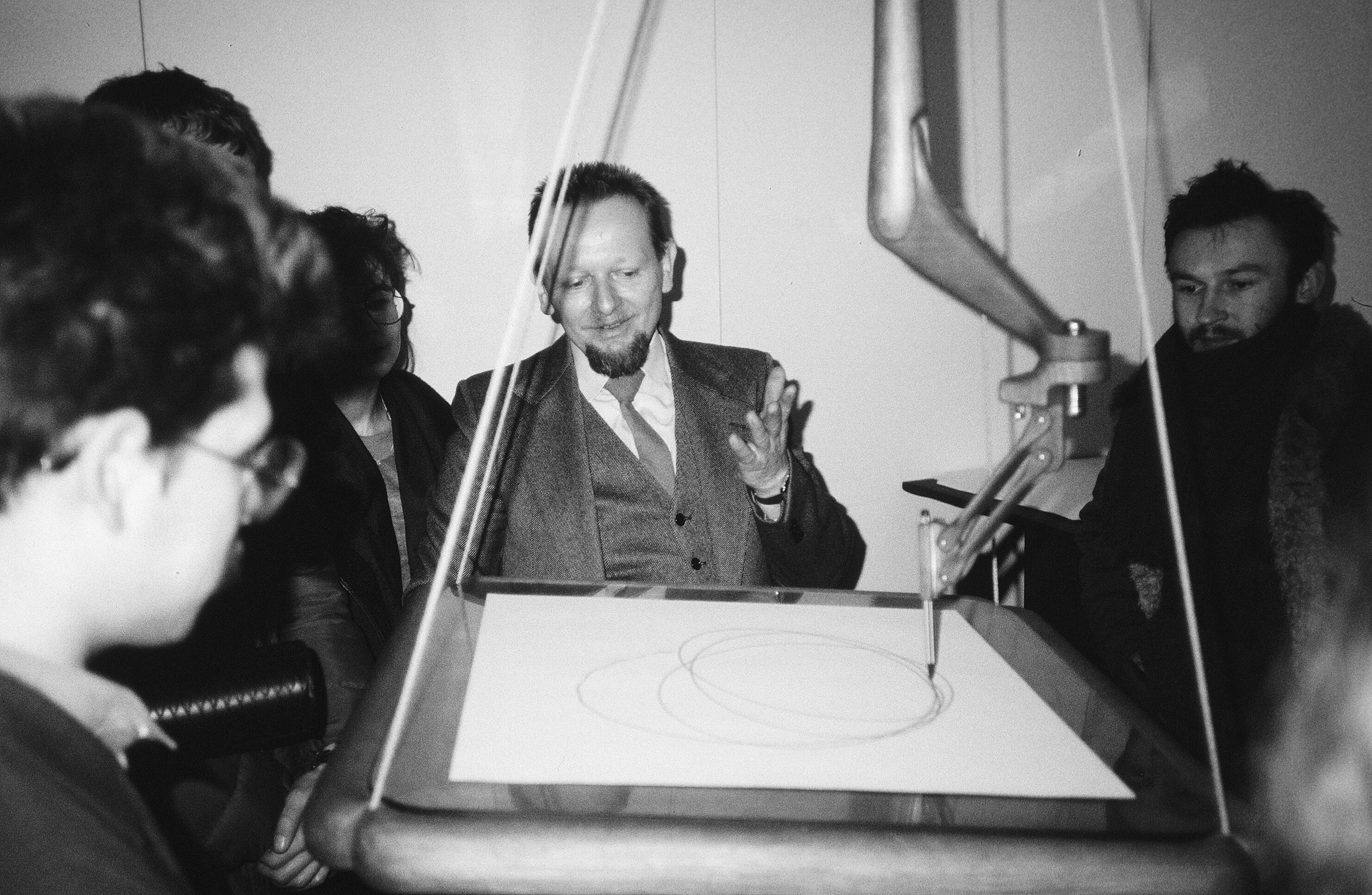 The invisible forces of nature in art and design reflect Wroblewski’s unconditional respect for, and admiration of, nature and his lifelong passion for science and art. His curiosity about the ways in which nature has framed conditions for human existence – and the human desire and persistence to exploit and dominate it, has led him to study and attempt to visualize invisible forces of nature that humanity has tried to harness for its purpose. Wroblewski’s work has both explanatory and aesthetic purposes and demonstrates a search for symbiosis and harmony between human action and the natural world.

As Co-Founder and the first Dean of the Faculty of Industrial Design at the Academy of Fine Arts in Warsaw, Poland (1977) and later the Chair of the #1 ranked Industrial Design Program in the United States (the University of Illinois at Urbana Champaign, 1993)*, Andrzej Jan Wroblewski (“AJW”) played an important role in the historical development and advancement of industrial design in Poland and the USA. For his lifetime contributions, he was awarded the Order of Polonia Restituta and the Order of Merit of the Republic of Poland and in 2018 was featured in an exhibition at the Zacheta National Gallery of Art in Warsaw where AJW was named one of the three most influential Polish designers of the 20th century.

AJW’s works were inspired by direct contact and learning exchanges with some of the most prominent designers of the Modern era. As a recipient of the prestigious Ford Foundation Scholarship in 1962, AJW visited the studios of Alexander Calder, Alexander Archipenko, Isamu Noguchi, Charles Eames, George Nelson, and Saul Bass. These encounters resulted in AJW’s artistic explorations that caught the eye of internationally renowned art critics and collectors including curators at the Museum of Modern Art in New York (MOMA), leading to his work being acquired for the MOMA collection. AJW’s works can also be found in other acclaimed museums and institutions worldwide, including the National Museum in Warsaw, the Museum of Art in Lodz, the Museum of the Academy of Fine Arts in Warsaw, the NTNU Art Museum in Taipei, the Beckman Institute at the University of Illinois and numerous private collections across Europe, North America, and Asia.

AJW’s creative works span a multitude of art media, with particular emphasis on installation, photography and textile arts. His design work has also crossed numerous categories: from motorcycles and heavy machinery, household appliances and electronics, lighting and furniture, to the design of exhibitions and systems of visual information in cities.